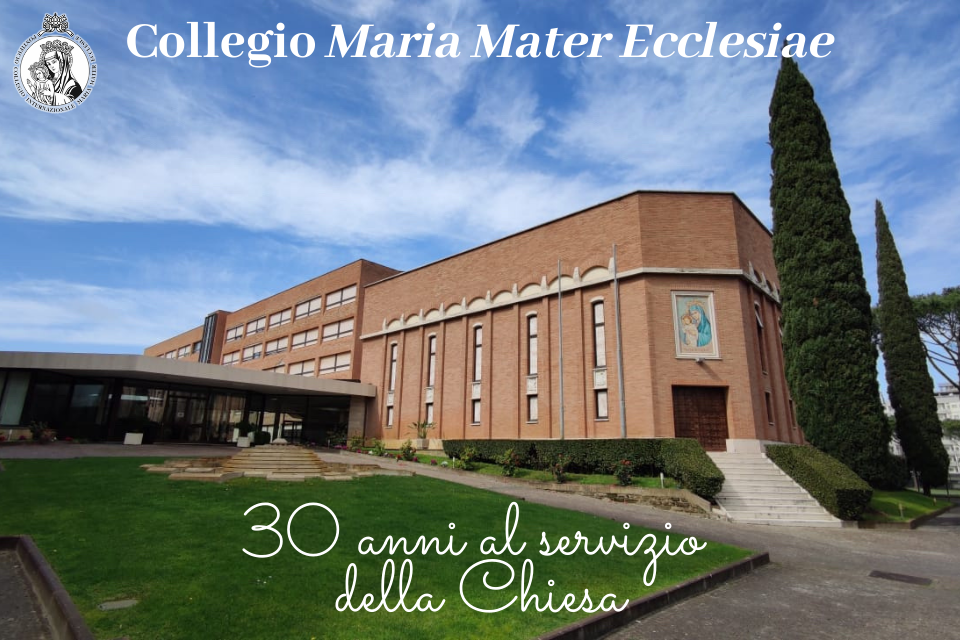 30 years for the Church – PCIMME 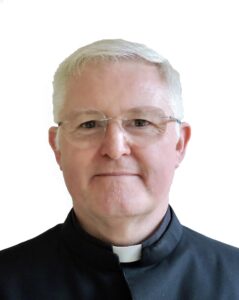 My first experience of Mater Ecclesiae took place some months after my priestly ordination when I concelebrated in the inaugural Mass welcoming the first 12 seminarians in August 1991. This first year the seminarians resided in the Legion’s General Direction, so I remained in daily contact with them until their transfer, first to Castel di Guido and then to the present college in 1999.

After the first year my contact with the college was mostly through the occasional conference and as professor in the Athenaeum Regina Apostolorum although, after 1999, some seminarians from Asia who needed an English-speaking spiritual director requested my assistance. Finally, in 2003, my superiors assigned me to the PCIMME as a Spiritual Director while continuing with my teaching responsibilities.  Since then, Mater Ecclesiae has been a central part of my priestly ministry.

It is not easy to summarize the wealth of experiences and transformations that the college has undergone over thirty years. I think, however, that we could categorize them into three general areas in which there has been constant learning and adaptation on the part of both seminarians and the team of formators. These areas would be that of spiritual formation, intellectual formation, and increasing internationalization. 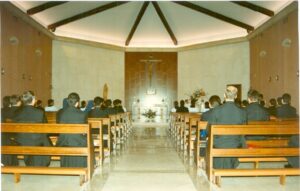 A characteristic of Mater Ecclesiae is the combination of healthy discipline and a strong emphasis on the spiritual dimension. For example, many of our former students comment how much they benefited from the daily adoration of the Blessed Sacrament in developing their personal relationship with Christ.  Yet the spiritual dimension is one area that has constantly evolved with experience. Although the formators were always aware that they were forming diocesan priests, and not religious, some of the religious and disciplinary practices in the early years were more characteristic of religious life. As the formation team grew in experience of the realities of diocesan life, the practices of many other seminaries, and the desire of many bishops, the spiritual life in Mater Ecclesiae became more specifically attuned to the formation of diocesan clergy. This led to an increasing emphasis on the liturgy of the hours, the formation of solid habits of mental prayer, and greater space to different spiritualities. In many ways, our task has become one of guiding each candidate in finding those elements of the spiritual life which will best sustain him personally in his priestly ministry.

In the early years, Mater Ecclesiae saw its mission as primarily forming future formators of seminaries and indeed, many of its ex-students have served in this capacity. It also offered an almost complete 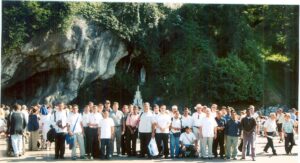 philosophical and theological formation in Rome. As time progressed experience and dialog with the bishops clarified two elements that brought about a change of emphasis. First, that the Roman experience was most beneficial to candidates who were already familiar with seminary life, who were well known by the formators of their respective dioceses, and whose vocation was firm and well established. Second, that the needs of the dioceses went beyond the areas of priestly formation. This had led the college to change its statutes so that it primarily accepts students for theological studies and sees its mission as completing the work already begun in the diocese of origin by offering a solid spiritual, pastoral, human, and intellectual formation as well as the necessary cultural and linguistic adaptation that will allow the student to get the most out of eventual further studies in Rome at the level of license. It is up to the bishop to decide, in accordance with the needs of the dioceses, what advanced studies the student should undertake, and whether he should begin after theology or following some years of priestly experience.

Finally, there is the area of increasing internationalization of the college. Mater Ecclesiae was founded primarily in response to a desire of St. John Paul II to help form Formators in Latin America. This remains a very important part of its mission as the greater part of the Legion of Christ’s apostolate is in México and in Central and South America. Within a few years, however, there were also seminarians from other continents, Europe, Asia, and, in recent times, a growing contingent from Africa. Each new reality constitutes a new opportunity to serve the needs of the Church, which is our fundamental mission but also new challenges and learning experiences. 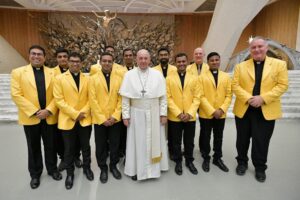 For me personally, the greater influx of Indian seminarians, many of them from the Syro-Malabar Church required patient study and listening to enter a different culture and help guide the seminarians as best I could. The more recent growth of students from several regions of Africa has also revealed the wide variety of cultures within this great continent that we Europeans tend to paint with a broad bush.

The internationalization of the college is an ongoing challenge for the formation team, and we are learning every day. We have also tried several avenues which allows each group to share their spiritual and cultural wealth with their companions and engage in an incredibly rich experience of the Church Universal. From these experiences for me, and I think for most of our students and ex-students, their idea of the Catholic Church will have changed forever and when they hear of the Church in India, in South Sudan, in Brazil or México it will not be an abstract idea but a name, a face, a companion with whom I shared many wonderful experiences on the way to the priesthood.

I am very happy to have been a part of this history and hope to continue to be part of it as long as God wills. One of the sacrifices of the members of our formation team is that we can only rarely participate in our student’s priestly ordinations and observe them as they carry out their ministry. Yet, in the certainty of being part of Christ’s Mystical Body, we know that we have sown our seed all over the world and that the seed bears fruit.